Ezra 1:1 – Most kings don’t liberate their subjects – like Rehoboam they tend to up the ante (1 Kings 12:11), but Cyrus brought in a unique policy. It was so unique that many people doubted that such a king would fund the construction of a foreign deity’s temple…. until something showed up in London that had been unearthed in Babylon 130 years ago.

In the British Museum you can see the Cyrus Cylinder, that features a similar proclamation to other people groups. (Some people may say that this cylinder contradicts Ezra in that Ezra appears to be exclusively Jewish liberation. Ezra does not say no other peoples were liberated – similar to Ross Perot’s On Wings of Eagles, sometimes to free one person from jail, one has to free everyone from the jail).

…whose sanctuaries had been abandoned for a long time, I returned the images of the gods, who had resided there [i.e., in Babylon], to their places and I let them dwell in eternal abodes. I gathered all their inhabitants and returned to them their dwellings….

Ezra 2:64-65 – The seventy years of captivity are over (Jeremiah 25:11-12). We’ve just read the list of the almost 50,000 heroic pilgrims who left the big cities of Babylon to return to Canaan. In a similar trek that Abraham took, leaving Ur of the Chaldees for Hebron, these pilgrims leave Babylon for Jerusalem, following the Lord’s command (Jeremiah 29:10). Not the beautiful city of the past, but the burned out, overgrown capitol with destruction where was the temple.

1 Corinthians 1:18 – What kind of message is it to tell people established in an affluent cosmopolitan city to abandon it for a place that God has supposedly told you? It sounds like foolishness. The message today is we’re leaving our impressive cities and comforts for a home up in the sky! We are to abandon laying up treasures on earth and start laying up treasures in heaven (Matthew 6:19-20). Our friends think we’ve lost 100% of the money that we’ve given to the Lord, but we’re offered a 100-fold return (Mark 10:30).

Psalm 27:9 – Where do we find our salvation? In God who will take us in when our earthly parents believe we have embraced foolishness (Psalm 27:10). Yes, if we want His blessings we need to seek Him (Psalm 27:8).

Proverbs 20:22 – Speaking of waiting on the Lord, Proverbs reminds us again! 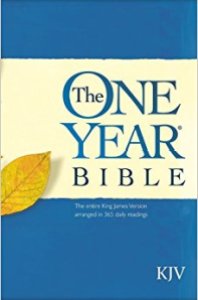