Genesis 37:1 — Abraham was a stranger. His blessing of being the Father of Many Nations wouldn’t be realized until after he was dead. If we obey someone for a reward that’s in the distance – what’s that called (Hebrews 11:9)?

Genesis 37:6 — By the way, Joseph seemed to have the same youthful lack of discretion (albeit less violent) than his siblings had (Genesis 37:6-8, 9-11). Reuben had a grosser lack of discretion (Genesis 35:22) but seems to have improved some because later he stopped the fratricide in Genesis 37:21. Ever wonder why Proverbs always talks about wisdom? Children have needed it for thousands of years!

Matthew 12:25 was alluded to by the Founding Father John Dickinson: “By uniting we stand, by dividing we fall.” Patrick Henry declared in his final speech, “United we stand, divided we fall.” Abraham Lincoln talked about a house divided on slavery. Ross Perot named his political committee “United We Stand.”  But are we united with Jesus (Matthew 12:30)?

Matthew 12:40 — By the way, did you notice that Jesus believed Jonah was a real person? We were talking yesterday about how great Jesus is – He claimed to be greater than Jonah (Matthew 12:41) and greater than Solomon (Matthew 12:42)! Finally, let’s make sure to be careful with our words (Matthew 12:36). Reading Scripture tends to be sobering, does it not?

Psalm 16:1 — Once when I was feeling under attack and overwhelmed, I started copying the Psalms by hand. Not because I didn’t have access to a photocopier, but because I felt I was reading through the Bible too quickly, and I needed to force myself to slow down and meditate. The Psalms really came alive as I realized that God deals again and again with hurting people throughout the book. But some promises are conditional (e.g. if He is at my right hand, then I shall not be moved [Psalm 16:8]). God promises deliverance, but we must obey.

Proverbs 3:27 — Solomon is giving the wisdom that Jacob and his descendants needed earlier. Verse 27 is a simple command and a variation of the Golden Rule (Matthew 7:12) – if you can be a help to someone, be a help to someone. Sometimes I’d be afraid to do something because it wasn’t my place, but it was always appreciated when I would tell someone “I think you need help – can I help you?”

Proverbs 3:28 — If you’ve had a friend on Facebook who’s a multi-level marketing distributor, I’m sure they’ve shared with you how they’ve been paid early, and how wonderful it is to receive their money.

There are three easy-to-use ways to join us on our 2023 Bible Reading Challenge!

B) Join our 2023 One Year Bible reading group on YouVersion! 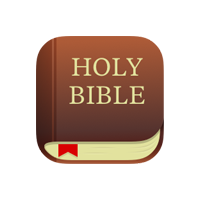 daily passage reading guide & follow along in your Bible! 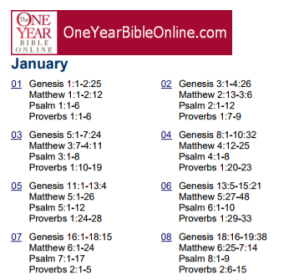 Want a print version of the Companion (most of the text of the daily emails + QR codes to go right to the videos)? Order now!